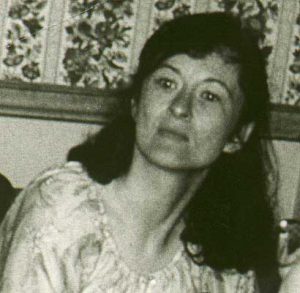 I was shy and mousy as a young person with very little self confidence. One morning in my Jr. year of college, I woke up, out of the blue, with my head pulling to the right with muscle spasms. It was embarrassing and made me more mousy than ever. Doctors couldn’t come up with a diagnosis and told me “it” would probably go away after awhile. The next summer I attended school in Mexico City, and, despite the spasms, managed to dance the summer away which resulted in the condition going into remission. Fifteen years later, the spasms surfaced again during a stressful period of my life and then became chronic and intensely painful with the birth of both my children. It was finally diagnosed as Spasmodic Torticollis 20 years after the symptoms first appeared.My head eventually locked over my right shoulder, and the spasms were severe enough to pull five vertebrae out of place. My spine and hips became rotated, and I had tremors and ongoing incredibly painful jerking of my head to the right. I drove with the shoulder harness of the seat belt in my teeth so I could see the road and found it impossible to read, knit, play my guitar, or even sit for very long. Friends led me around in stores so I wouldn’t bump into people, and social situations were agonizing and devastating, so I hid out at home and spent most of my time on my back on the floor, but that wasn’t easy with two toddlers to care for.
I prayed and prayed as did friends and family, but it just got worse, so I thought God hated me or was just ignoring me. We tried every kind of treatment we could think of, osteopathic and chiropractic treatments, acupuncture , deep massage, heat and ice treatments, traction in the hospital, muscle relaxants, and a naturopath who suggested I bathe in Bull Durham! And it got worse. When it first became chronic, I had a strong sense that exercise would help, but when I tried some stretches, the pain and spasms became so much more intense, that I thought “Well, that couldn’t be the answer”. I’m a Christian but must confess I began praying every night to die and woke up mad at God each morning.

Finally, after eight years of chronic pain I was, for the most part, bedridden. At that point I was taking up to 8 mg. of Ativan daily and aspirin. Botox was not as yet available, and I had never met anyone else with the disorder. I was so enraged at the disease for wrecking my life that I made a deal with God that I would do what I had sensed in the first place and exercise until I either got well or died trying. My decision to trust in the Biblical promises of healing and restoration played a central role in my battle.

And so I began with wimpy little stretches and would try to lift one 10 lb. dumb bell over my head, but couldn’t. The more I worked, the worse the pain and spasms got, and the madder I got, and the harder I worked and often exercised in tears, because it hurt so much. A friend gave me a daily back and neck rub, and I kept praying and for months saw nothing to indicate there was any progress, but I wouldn’t give up. Then one morning about four months into this routine, I woke up and realized that for about 10 seconds I wasn’t in spasm or pain, and got so excited that my head flew over my right shoulder, but I KNEW then that I was on the right track. I’d been taking vitamins and gaining strength and decided to join the local gym and try some weight and pool work. It was a hunt and peck method, but I developed a program and within two years was recovered, straight, normal and pain free!!
It truly was a miracle. I’d look in the mirror and could hardly believe it was me. This isn’t a cure, because there is no cure for S.T., and it isn’t a remission, because I have to work on the exercises to maintain freedom from symptoms. Rather, it is an ongoing recovery via the program, which must be maintained on a daily basis. I strongly feel that it is absolutely essential to be committed, consistent and determined in order to get through that difficult period when you are working without seeing visible results.

In 1986 I felt led to open a clinic to share with other S.T.’ers what I’d learned, and the Spasmodic Torticollis Recovery Clinic, Inc. was born. It is the only non-medical clinic that I know of in the world, and in February of 1997 went international with clients now from over 30 countries, including Denmark, Belgium, Hong Kong, Australia, New Zealand, Slovakia, Germany, Romania, Canada, Mexico, Chile, France, Africa, Malaysia, Japan and England and more, as well as from every state in the U.S. This work is a great joy for me. God has turned ashes into beauty, made sense of all the suffering and answered every prayer. I have enjoyed the opportunity to speak at S.T. Symposiums sponsored by ST/Dystonia, Inc. and the NSTA and am so grateful for the valuable services provided by our national organizations. Who would ever have dreamed that a helpless mousy cripple could be so blessed! And so tragedy was turned into triumph. I feel jubilant that there is a way out and hope my story will inspire others.

Click here to donate to S.T.R.C. As we continue to reach out to ST’rs worldwide, we need and deeply appreciate your tax-deductable donations.